Orchid Restaurant Sous Chef Peng (Yu Sunpeng) hails from Johor Bahru, Malaysia, the closest city to Singapore.
Young and enthusiastic, he has studied and trained in Switzerland, Singapore, Hong Kong, Bangkok and New Zealand, and has developed his culinary skills at the age of 30.

Having worked abroad for many years, what he misses most is the meals prepared by his mother over the kitchen fire at home.
For this reason, Orchid Restaurant has partnered with Just Kitchen to create bentos full of hometown delicacies, including Hainanese chicken rice, bak kut teh and laksa, which are served by sous chef Peng for your enjoyment.

Just Kitchen teams up with Formosa Chang in Kaohsiung, south of the Jhuoshuei River.
Formosa Chang’s founder went north from Yunlin in 1960 and ran a small stall before turning it into a restaurant chain featuring braised pork rice. A bowl of braised pork rice has been served in northern Taiwan for six decades, and this time the fragrance of the braised pork has finally made its way to Kaohsiung together with JK.
Selected national first-class Taiwanese rice, Formosa Chang's signature braised pork, Tangshan Pork Ribs, Ham Hocks, Crispy Fried Chicken Thighs, Tender Shredded Chicken with Scallions…The 60-year-old renowned restaurant has expanded into Kaohsiung together with young and fashionable Just Kitchen, and it's time to place an order for national cuisine at Just Kitchen!

Taiwan's most popular Japanese barbecue restaurant, together with Just Kitchen, presents Hutong Barbecue Dishes. A warm and welcoming restaurant where you can enjoy a delicious meal without queuing. 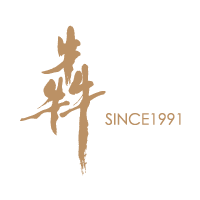 Life Kitchen's insistence on raw food cooking is a unique take on the ordinary bento.
A feast for the eyes and the tastebuds by choosing the finest ingredients, it is passionate about food pairing and looks forward to experiencing every touching moment of life through its healthy cuisine as "Life is a Choice."

“If steak were a religion, this would be its cathedral!”
"Premium enjoyment, luxurious taste, timeless classics”

Smith & Wollensky was featured in the New York Times as a Warren Buffett Steakhouse. It is Warren Buffett's go-to restaurant for charity lunches, Miranda Priestly's favorite restaurant in Hollywood's "The Devil Wears Prada" and America's most popular legendary steakhouse.
Smith & Wollensky prides itself on its dry-aged steaks, which take 4 weeks to age at a constant temperature of 2 degrees Celsius.
The beef is aged in the most time-consuming and expensive way to provide you with the ultimate in quality, tenderness and flavor.

From a small slice of bread to a century of classic taste, the first PAUL bakery was founded in 1889 in Lille, France. For over 100 years, it has been in operation for five generations.

I know you're drooling over the Salmon Filet Bento, pining for the Chicken Breast Bento and coveting the Chicken Thigh Bento.
The hit and most popular healthy bento brand in Taiwan is Body Fit.
The new low-carbon-low-starch cauliflower and red quinoa is a great alternative to the higher calorie rice and is a top choice for healthy meals!

Braised Tendon, Tripe Beef Noodle Soups are a late-night must for slashers and I'll take them all.
The varied, upscale beef noodles and rich toppings, along with the lightly herbal and vegetable scented broth, are a treat.
Satisfy your taste buds and you'll be impressed.

Stay healthy and get high

For the classic beef burgers that adults and children alike love, and the mini hot dog buns that you and I still remember, one bite is a treat and the other is a simple memory of our childhood.

Taiwan's No.1 fresh food delivery brand for pets - Wow Chow
Wow Chow meals for your pet. The Just Kitchen team offers whole food dishes for your pets without artificial flavoring and with natural ingredients such as meat and vegetables, preserving the nutritional value and original taste of the food, prepared by professional chefs. Leave it to Wow Chow to provide all the delicious pet food!

Sichuan flavor - a famous Chinese taste with a wide variety of savors, fresh, mellow and strong, with a good use of spicy seasoning.
The tender beef is served in a rich, local broth containing chili oil, Sichuan peppercorns and local Sichuan spices.
With a taste of Sichuan in your mouth and teeth, it's like a trip to Sichuan.

Hot Ones is the place to go for spicy Buffalo wings that will make you suck your fingers, and you can't beat Hot Ones for a house party.
Hot Ones is also the perfect treat for Netlix shows, with one spicy chicken wing after another to give you a sexy lip.

Sichuan flavor - a famous Chinese taste with a wide variety of savors, fresh, mellow and strong, with a good use of spicy seasoning.
The tender beef is served in a rich, local broth containing chili oil, Sichuan peppercorns and local Sichuan spices.
With a taste of Sichuan in your mouth and teeth, it's like a trip to Sichuan.

Star anise, Sichuan peppercorns, cloves, Caraway seeds, cumin, liquorice, and pepper, it's like an experiment, with every ingredient and spice blended in a seamless manner. LuWei Lab is your soothing presence at work, your best friends at dinner parties, and your companion on lonely nights.